Speed Golf (or Hit and Run Golf as it is also known) combines the tradition of golf with the desire for exercise, while challenging individual’s endurance, skill and strategy.

This game is ideal for those individuals who cherish their workout, have time restraints, enjoy new challenges and of course love golf.

What is needed for Speed Golf?

Running 18 holes through varied topography should speak for itself.

Ever try hitting the perfect approach from 150 yards out? That in itself is challenge enough.

Which clubs to carry? What speed to run? How to get the lowest time and score combined?

Golf is one of the most popular sports in the world. Combine that with the popularity of exercise and especially jogging and you have the perfect fusion sport that will appeal to anyone fit and up for a challenge.

Although the age range will be somewhere between 15 and 60, it is mostly going to fall between 20 and 45. The likely candidate will be the fit, young adult with daily time restraints.

Typically traditional golf can take up to 6 hours to play. As well, very little preparation is needed to enjoy Hit and Run Golf. With the exception of slight changes in footwear, speed Golf can be enjoyed by anyone who is set to play golf the old fashion way.

What better place to take an early morning or after work jog then on the picturesque, serene greenery of the golf course.

In a world that is becoming increasingly over weight and less and less active, activities that encourage physical activity are vital to the health of the community.

Hit and Run Golf is a golf game where the object is to finish a round of golf on foot with the lowest score, which is a combination of the time to complete the round and the number of strokes taken.

There are three different formats of the game;

Lone Runner involves playing the round alone. A player can carry a maximum of five clubs plus a putter.

Tandem involves playing the round with a partner. Each player will alternate playing an entire hole while carrying his/her clubs and riding the next hole in the golf cart. The change of position can take place anywhere between the green and the next tee box.

A maximum of 5 clubs and a putter still applies to each player but the team may keep an unlimited amount of golf balls in the cart. The riding player is permitted to help his/her partner find his/her ball, guide his/her course, rack traps, repair ball marks, and tend the flag, but he/she is not permitted to carry any of his/her running partner’s clubs.

Best Ball involves teams of two to four players who all hit a ball and then hit again from the best shot. All players must be present at the best shot before the first player can start hitting the next shot.

Caddied version can be added to any of the above three formats. These versions are often used in tournament play. The CPGA club limit applies to these versions.

Speed Golf generally follows the CPGA rules of golf, except where safety may be compromised or the need to maintain speed requires accommodations. Exceptions will be listed below.

All rules of Hit and Run Golf are to be interpreted in light of safety, fairness of competition and fun. 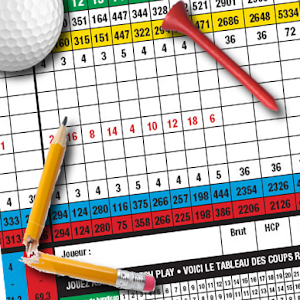 The final score for Hit and Run Golf is calculated by adding the time it takes to complete a round of golf in minutes and seconds and add it to the number of strokes taken during that round.

The honour system is used so that the player keeps his/her own time and score.

During tournament or league play, the times and scores are handed in to the game official after the round at which time any penalties will be added if necessary. You must turn in a score card and show your time on your watch.

You are not allowed to stop your watch for any reason during the golf game.

Record keeping will be at the discretion of the tournament organizers.

For any playing format that is not caddied the player may carry any five clubs and a putter. During caddied events the number of clubs a player may use is govern by the CPGA rules.

During not caddied tournament events a player can carry a maximum of six balls. Additional balls will be available to purchase at the tee boxes. If a player purchases an additional ball, he/she will receive a penalty stroke for every ball purchased.

At no time can a player carry more than six balls. If a player runs out of balls on the course then that player must leave a marker on the ground and purchase up to six balls at the closest tee box before returning to the marker and resuming play.

During caddied tournament events there are no limits to the number of balls a player can carry.

Hit and Run golfers must be separated by time at the first tee at an interval established by the course or tournament director. If a shot gun format is used, golfers will wait at the designated tee boxes for the official starting signal before teeing off.

If during the course of the game, two Hit and Run golfers arrive at a tee box at the same time, they must allow four paces between them in order to be able to tee off together. If either player fails to do so, a one stroke penalty will be assessed.

Side by Side Hitting Rule

If a ball on the fairway is closer than 4 paces to another ball and the Hit and Run golfers arrive at their balls at the same time, the players may move their ball in order to ensure that four paces between balls exist.

No player can be forced into a hazard or into the rough in order to create the this required space. As well, no one can deliberately use this rule to eliminate a hazard from his/her shot.

One shot penalty will be assessed if this rule is not followed.

If a ball on the fairway is closer than four paces to another ball and one ball is clearly ahead of the other when the golfers arrive at the same time then the golfer further back may move his/her ball toward the green parallel to other ball while creating four paces between balls to reduce the chance of either golfer being struck by the ball.

A one-shot penalty will be assessed if this rule is not followed.

If a ball on the fairway is further than four paces from one another but still within a golfer’s hitting reach and the golfers arrive at the same time then the golfer closer to the hole is allowed to go first and the further back golfer must wait ten seconds and then warn the front golfer of his intention to hit.

He/she cannot hit until the front golfer acknowledges this warning.

A Hit and Run golfer may pass any other player on the course at any time, as long as the Side By Side Rule and the Greens Rule are observed.

This is especially important when hitting to an occupied green. The hitting golfer can only hit once the other golfer gives him/her the ‘Okay to Hit Sign’ by raising his/her arm.

The other golfer may choose to stay where he/she is or move to the side and should only give the Okay Sign once the player feels safe.

Repair all damage to the course such as replacing divots and raking all traps. Failure to do so will result in a 2 stroke penalty.

Golfer must wear proper golfing attire except for the wearing of running shoes.

You can only carry your putter onto the putting green. Failing to do so will result in a two stroke penalty.

Running is not allowed on the greens but you may walk fast.

You can not putt a moving ball. A one stroke penalty is assessed for doing so.

No gimmes are allowed. You must putt out every ball.

Hit and Run golfers may play their putts simultaneously.

The first person to reach his/her ball on the green is entitled to putt first.

If one golfer’s ball is in the path of a second golfer the person who gets to his/her ball on the green first gets to put first and has the option on moving their ball one club length but no closer to the hole to avoid hitting the other ball.

After the first putt the ball lying closest to the pin should be putted next.
.
If a golfer putts after another golfer and his ball strikes the first golfer’s moving ball, the first player whose ball is hit may pick up his/her ball and count the shot as if it was made and continue to the next hole. The second player playing the further out ball must continue to play the ball where it stops and hole the putt.

If a player is putting fairly according to the rules he/she must alert the other golfer that he/she is in the ball path by yelling “PUTTING OUT” and give the other golfer time to move out of the way. If the player gives the warning and the other golfer fails to move and is hit by the ball then the putting golfer can pick up his/her ball and continue to the next hole and consider the putt holed.

If the other golfer is struck while not standing in the ball path whether the putting golfer yelled “PUTTING OUT” or not, the ball is played where it stops and no penalties are assessed.

In all cases, players must exercise due courtesy to other Hit and Run golfers on the greens. This does not necessarily extend to avoiding comments on style, dress, probable outcome or parentage.

You don’t have to pull the flag when putting out.

When the player hits his/her ball out of bounds, lost in the woods or in a lateral water hazard, the player can drop another ball within 2 club lengths of where the shot is perceived to have been lost or at a point on the path of the ball prior to it going into water or into a forest.

A one stroke penalty is assessed. 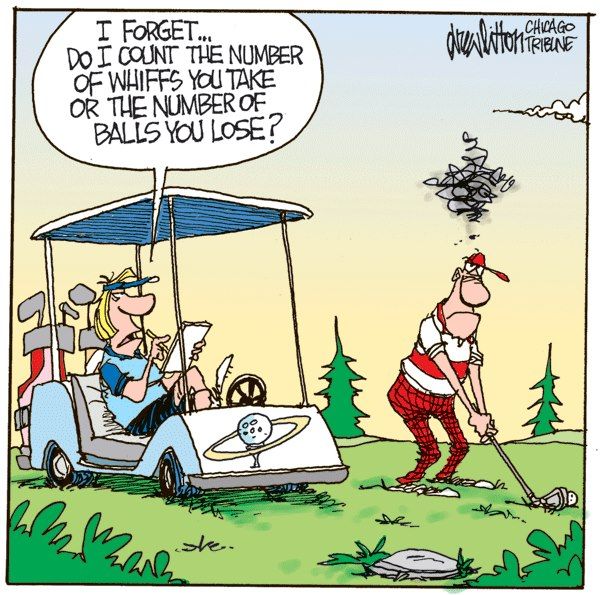 Here’s a list of top strategies we recommend to take advantage of your opponent and slash your time.

a. Lighten your load. Carry only as many clubs and balls as you think you will need.

b. You don’t have to tee up the ball but it helps to get more distance. You may find broken tees in the tee box.

c. Keep the ball on the fairway.

d. Watch where your ball lands and stops and mark the location mentally before you head out.

e. Make sure you know where each tee box and green is located.

f. Since each shot is equivalent to one minute of running, make sure that you take time to line up your shots, especially your putts.

g. If you sweat profusely then either wear a sweat band on you head or your wrists or wear a hat or carry a towel.

h. Don’t kill yourself on the run, make sure you have enough energy and composure to finish your shot.

i. Don’t spend a lot of time looking for lost balls.

j. Keep your scorecard in an easy to reach location and don’t lose your pencil.

k. It is highly recommended that you purchase rain gloves since the grass is wet in the morning and you have to put your clubs on the grass and your grips will get wet.